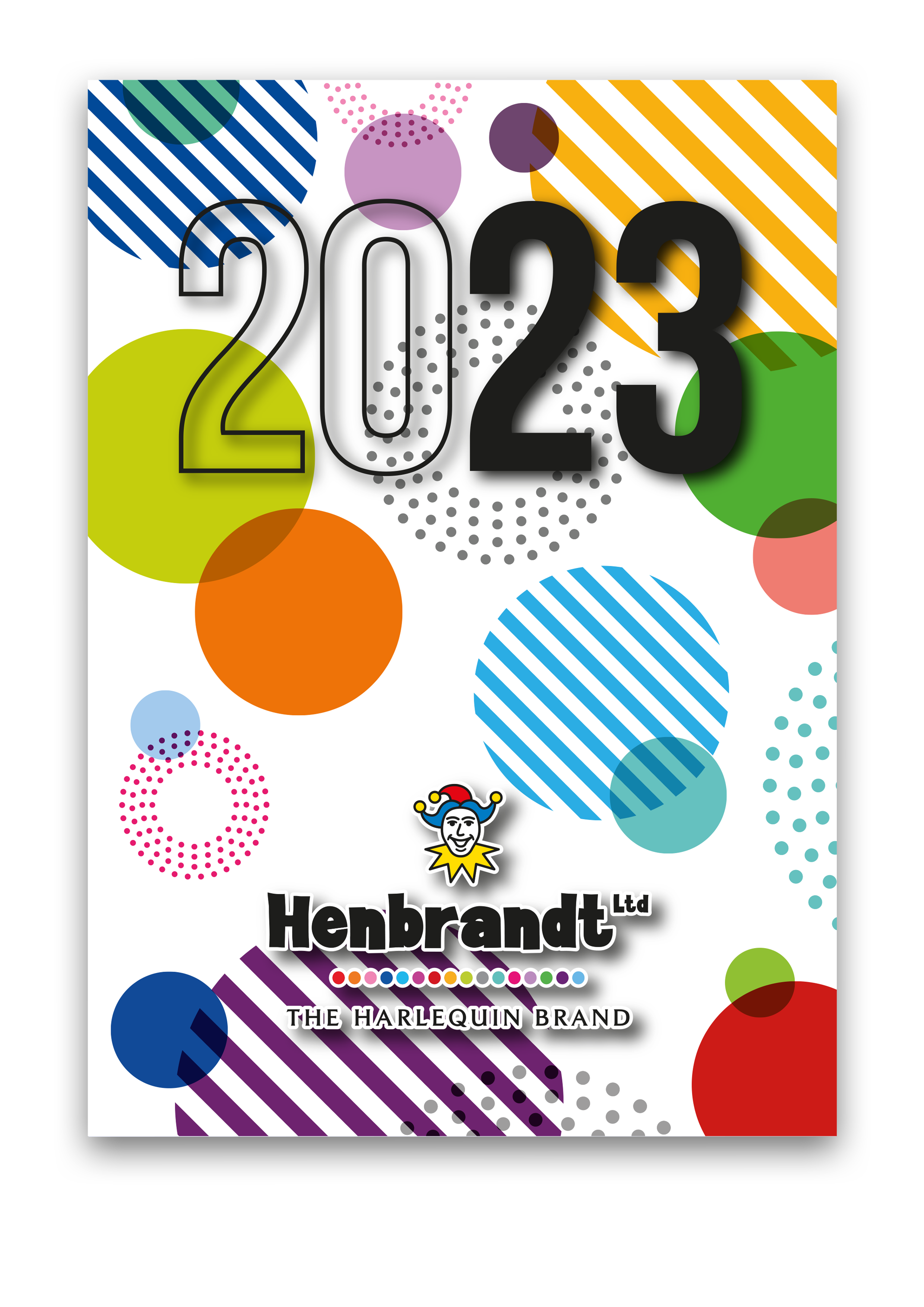 Nowadays we rarely take time to reflect our past and think about our origins. The pace of life, hectic schedules and daily pressures make it is easy to forget those who have come before us and made us what we are.

Today we operate from a wonderful purpose built premises comprising 85,000 square feet of warehouse offices and showroom within 10 miles of Felixstowe Port, we are leading importers within our field with exclusive product and longstanding agreements with reputable factories all over the world. Our 40 years journey has never been dull and we would like to share our story with you… 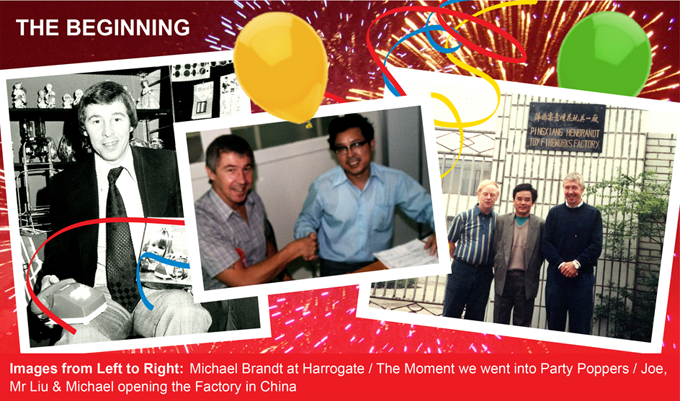 During the 1960s Michael Brandt was travelling the UK as a sales agent selling watches and lighters for various import companies and through his friendship with another agent Barry Henderson they decided to form their own import business and thus in 1971 Henbrandt was formed from the surnames of the two young and eager partners. Sadly this partnership was short-lived but amicably Michael Brandt decided to carry on but unable to afford new letterheads thus the name Henbrandt remained and has stuck.

Michael tirelessly went out selling during the day and did the administration from his home in evenings and at weekends. Buying involved long trips to Asia and Europe as travelling in the early 1970s was not the same as it is today, Michael soon realised this was not a business for the faint hearted as he never had his own money, it was always in the stock with the customer or the overseas supplier. There were many difficult moments along the way and as the sales grew so did the borrowings and although it is funny now there were many times over many years when our founder literally had his house on the line.

It became apparent Michael could not do this alone and after a Christmas drink with his long time friend Joe Dyer he had the much needed help he had been looking for and during the next 30 years Joe administered the office whilst Michael dedicated his time to buying and selling and slowly strengthened the product range and the team around him. 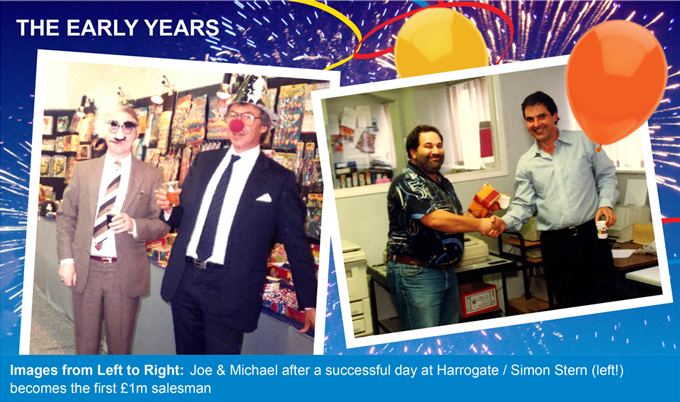 In the early 1970s the most important exhibition within our industry was the Harrogate Toy Fair and a stand at this show was hard to come by since they were reserved a year in advance  by longstanding exhibitors who in many cases had kept renewing since the first show in 1948.

Michael knew the importance of this show to the company and made several fruitless attempts to get a stand, including taking a full range and camping overnight hoping for a no show but eventually got his break getting with a last minute allocation to a stand literally in the toilets of the Turkish Baths!  This was the foothold on the ladder and little did he know but 20 years later Michael was invited to become a director of Harrogate Toy Fair.

The Mount Royal Show in London during November was another highlight of the year and traditionally was the show case companies used to exhibit new ranges for the following year. This show was usually followed by a number of provincial shows that went through to February.

These established shows were vital to sales and meeting new customers but they also proved the place where long friendships were forged and to this day there are fond memories.

The first decade saw constant struggle but with an exclusive range of vehicle toys from the Spanish manufacturer Obertoys and Michael’s instinct for survival meant the company moved into the 80s in good shape with the foundations well and truly laid.

The move from Grosvenor Road to Willoughby Lane London N17 was a natural progression to bigger offices and our offsite warehousing was done by Alan Hogg at Ryley Forwarding who remains involved with our business to this day.

The 1980s saw competitive times and many companies came and went but our structure and young hungry sales force remained determined when many were falling by the wayside, nothing epitomised the Henbrandt spirit more than the tenacious sales ethic of Simon Stern who worked tirelessly and today remains a larger than life character known throughout the trade.

The company saw significant growth through the 1980s and in 1991 moved to its own offices and warehouse in East London giving the economies of scale that truly allowed further expansion. 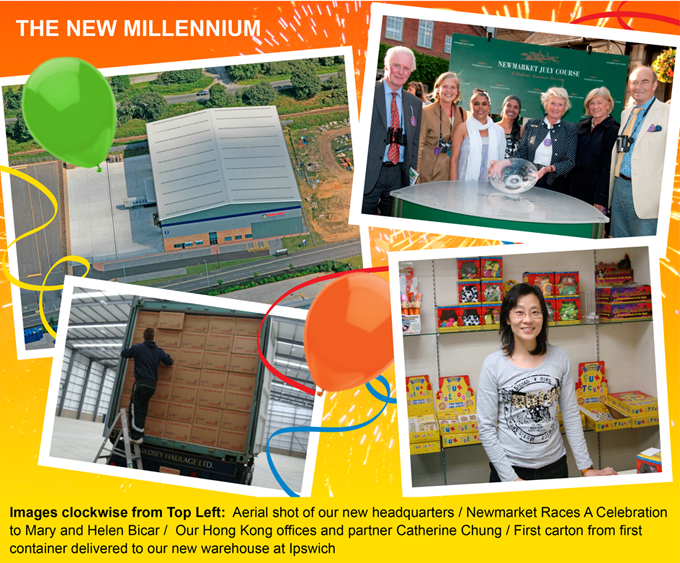 July 2007 saw the major move in the company history relocating within 10 miles of Felixstowe Port building its own purpose built warehouse and office and giving every logistical advantage that this modern world demands on business.

This move brought sweeping changes and sadly we had to say goodbye to many old and valued staff which was not easy. The main management team moved with the business and Julian Starns appointed Managing Director in 2009 remains supported strongly by Laurence Gannon as Financial Director and the rest of the Team.